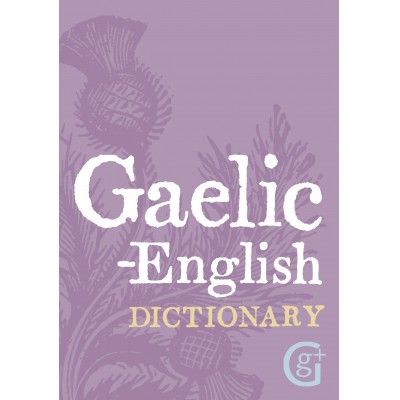 This bestselling pocket Gaelic-English Dictionary has over 20,000 definitions. It shows where to stress and pronounce words, and contains a list of Gaelic placenames.

Once the national language of Scotland, Gaelic was gradually overtaken by Scots and in the nineteenth century its use was actively discouraged.

At one time it even seemed possible that Gaelic would become extinct. There is now a strong revival of interest in Gaelic with Gaelic schools and more people learning the language. The G&G Gaelic–English English–Gaelic Dictionary is a fascinating and useful guide to the Celtic language of the Western Highlands and Islands of Scotland.

Once the predominant language of the area, Gaelic has survived the vicissitudes of reformers and Anglophones to become once again an important part of Scotland’s culture.