You are here:Home|Student's Shakespeare|Macbeth: With notes, characters, plot and exam themes 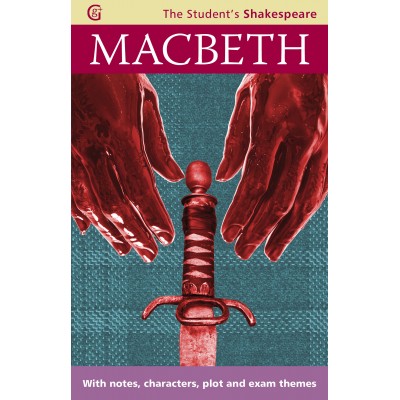 Macbeth is one of Shakespeare's finest plays, and presents a man's conscience and the effect of guilt on his mind. A dark and bloody play, Macbeth explores reality and illusion; witchcraft and the supernatural; ambition and kingship; the natural order; light and life, darkness and death; blood and dead babies.

Written just after the Gunpowder Plot, and at a time when people were often tried for treason, Macbeth makes much of the beliefs of an extremely superstitious age. King James 1 believed in demons conjured by devils and wild women who could fly through the air, raise storms and tell the future. Whether or not Shakespeare shared these beliefs, all are featured in Macbeth to spine chilling effect.

Our ideas are different, today, of course, on good and evil. However, the play is one of Shakespeare's finest plays and one of his great tragedies. It is a play about driven ambition and evil, fate, deception and treachery. The play opens with an ominous scene - three witches decide to confront Macbeth, the great Scottish general, on his way from a victorious war between Scotland and Norway. The Scottish king, Duncan, decides that he will give the title of Thane of Cawdor to Macbeth.

Macbeth and another General – Banquo meet the witches on their way back from the war when the witches predict that that Macbeth will become king. To secure the prophecy, Macbeth decides to murder Duncan, and his wife, Lady Macbeth, imagines the future with Macbeth as king and helps him out of expedience and loyalty in his hideous action. Once Duncan is dead, Lady Macbeth smears the guards’ daggers with Duncan’s blood, and Macbeth then kills the guards once the nobleman Macduff finds Duncan’s body.

When Macbeth argues that the bloody daggers are proof the guards committed the murder, Macbeth inherits the crown. More murders ensure and the bloodied ghost of Banquo appears to Macbeth. Lady Macbeth is now tortured by her conscience, and she imagines her hands are covered in blood. Driven by guilt, she commits suicide. Macduff kills Macbeth and Malcolm becomes king.

This edition includes the complete text with explanatory notes and a full introduction that describes the setting, summarises the plot and profiles the main characters. It discusses Shakespeare’s language and the play’s themes, and it gives the typical essay and test questions to help students prepare for exams. 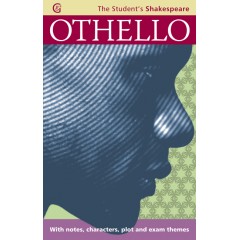 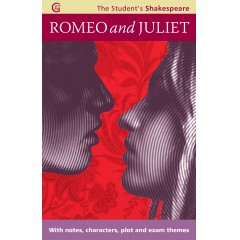 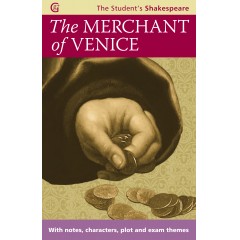 The Merchant of Venice: With notes, characters, plot and exam themesOur price: £5.99 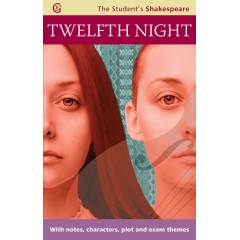