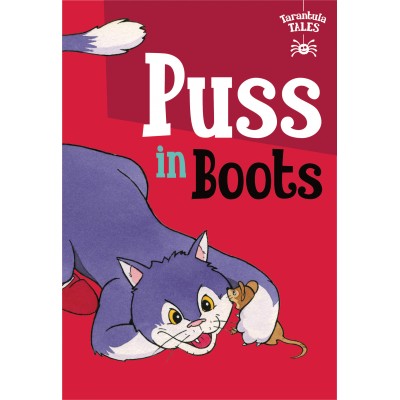 Puss in Boots tells the story of a lowly man who has a talking cat, who has no name, and when the poor man has spent all his money, and has no further chance of getting a job, the talking cat comes to his rescue. The cat asks the man to use the money he has left, and to get him a pair of boots. Once the cat puts on his boots, Puss travels about with his master. He makes a gift of a rabbit to the king, and pretends it is from his master; the cat says his master is the Duke of Carabas. Determined to make his master's fortune, the cat also tricks a giant and manages to get rid of him. The king decides he wants his daughter to marry the cat’s owner, and the cat persuades his master to remove his clothes, and dive into the river. When the king stops to help, the cat explains that the Duke had been bathing when robbers took his clothes. The king dresses the Duke in fine clothes, and the princess sees him. You need to read the book to find out if it is a happy ending! As the story is so old and well known, you probably know what happens. Puss in Boots was a European cat story and first written down by an Italian. The story has been a favourite in the western world for centuries, and is seen as the first main story where an animal and pet helps a human.