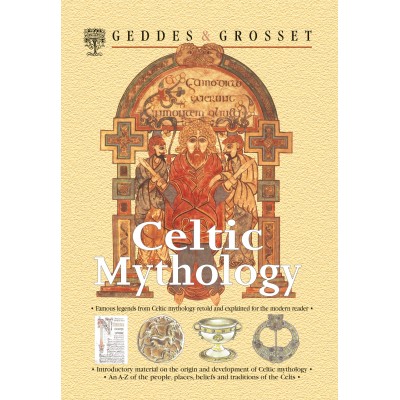 Celtic mythology is as rich in its way as the mythologies of the Classical world and Scandinavia. It includes gods and the giants against whom they struggled, warriors like Cúchulainn and the champions of the Ulster Cycle, and lovers like Deirdre and Naoise or Diarmaid and Grainne. Most Celtic myths and legends were not written down until the Christian era. They survived by word of mouth and went on to fuel the imagination of the writers who gave us the stories of Arthur and his knights and the Norman-French romances.

In this illustrated book, Celtic myths are retold and explained for the modern reader and an A–Z guide describes the legacy and the customs of the Celts as well as the personalities of their mythology. By exploring some of these customs as well as the myths and legends of the Celts, this book will add to the reader’s knowledge of a people who are still, to a great extent, enveloped in mystery.