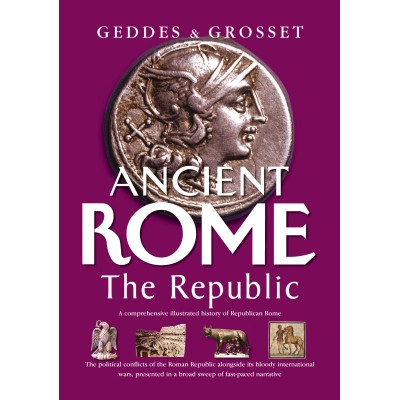 This e book presents a book that shows that the influence of Rome’s history and institutions on our own age is often taken for granted but its roots are deep, going back many centuries. And while some may pronounce that Roman history and the Latin language are dead, the archaeological sites and museums once visited by the fortunate or determined few, are now opened up to mass tourism and there is a resurgence of interest in the civilisation that built Pompeii and destroyed Carthage.

Ancient Rome: The Republic, H L Havell’s illustrated history of Republican Rome, first published in 1913, presents the political conflicts of the Roman Republic alongside its bloody international wars, in a broad sweep of fast-paced narrative. The events that he narrates have a lasting interest that will grip the modern reader.

The long centuries of the Republic have often been overshadowed by the monumental architecture and larger-than-life characters of the Roman Empire, and the picture of Rome we have grown up with, from Quo Vadis? to Gladiator, is of a great imperial power. The story told in this book, Ancient Rome: The Republic, is the story of how that great imperial power came into being.