The work is also known as The Strange Case of Jekyll Hyde, Dr. Jekyll and Mr. Hyde, and sometimes, simply as Jekyll and Hyde.

It is the story of a London lawyer named Gabriel John Utterson who investigates the strange occurrences between his old friend, Dr Henry Jekyll, and the evil Edward Hyde. The novella's impact was such that it’s title has become a part of the English language, with the vernacular phrase "Jekyll and Hyde" referring to people with an unpredictably dual nature: outwardly good but sometimes shockingly evil.

The Strange Case of Dr Jekyll and Mr Hyde was written by Robert Louis Stevenson in Bournemouth at the end of 1885, while Stevenson was struggling with ill-health. It was published in January, 1886 in book form. Stevenson had long been intrigued by the idea of how human personalities can reflect the interplay of good and evil. While still a teenager, he developed a script for a play about ‘Deacon Brodie’ which he later reworked, produced for the first time in 1882. In early 1884, he wrote the short story, Markheim.

The problem of the duality of the moral nature, seen in Markheim, is given much more complete expression in Jekyll and Hyde. A dream gave him the plot. Mrs. Stevenson was awakened one night by cries of horror from Stevenson. He said angrily, "Why did you wake me? I was dreaming a fine bogey tale." She had aroused him at the first transformation scene of what afterwards became Dr. Jekyll and Mr. Hyde. It was this story which first gave him his reputation in America. 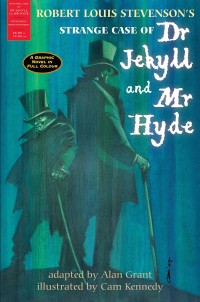 This horrifying story is adapted for the Word Power English Reader Series by John Kennett, with an extraordinary energy, from its intriguing beginning to its thrilling climax. 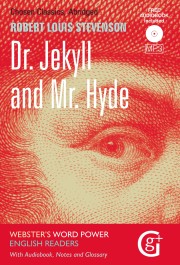 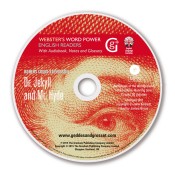