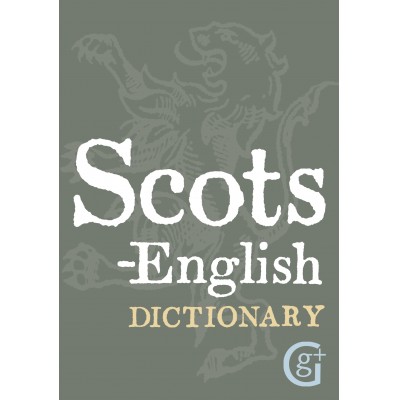 With over 20,000 entries, the G&G Scots–English English–Scots Dictionary is a fascinating and useful guide to the language that developed alongside English in the northern parts of the British Isles.

Scots was the prime means of communication in Scotland from the Middle Ages to the nineteenth century, and Scots words, expressions and pronunciation still give a distinctive identity to the language of today. Scots was integral to the nation’s culture, used in every way from diplomatic messages and great poetry to the banter of the marketplace to the farm.

In the twentieth and twenty-first centuries, Scots has been triumphantly rediscovered as the language of poetry and song. Scots contains thousands of words that have enriched Scotland’s cultural heritage over the centuries and includes such well-known words as dreich, sassenach, kirk and kittle.