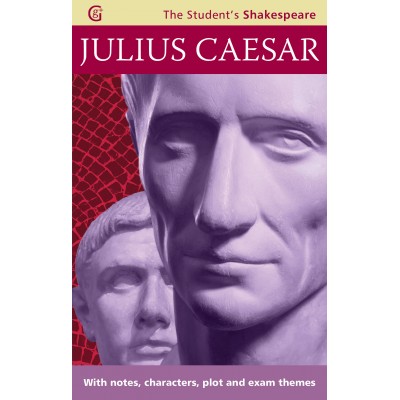 In Shakespeare's tragedy Julius Caesar , the great ruler of Ancient Rome is stabbed to death by a group of conspirators, led by his friend Brutus. Rome was a republic, and the assassins feared Caesar would declare himself king and become a tyrant. They expected support from the ordinary people of Rome, but the plebians loved Caesar and were moved to pity by Mark Antony's stirring funeral oration. In the civil war that followed, Brutus was defeated and took his own life.

The play is studied today as a play about ambition and tyranny. Students in Shakespeare's day learned Latin and would have known the story of Caesar. The audience too would have known the plots against their own monarch Elizabeth I, by Mary Queen of Scots and more recently by her trusted friend, the Earl of Essex. Most of all they would have been gripped by the thrilling drama and Shakespeare's magnificent poetry. This edition contains:

This new edition includes the complete text with explanatory notes and a full introduction by Shakespeare enthusiast, Angela Sheehan. Angela describes the background to the play, summarises the plot, profiles the characters and discusses Shakespeare's language. She explores the main themes of ambition, honour, loyalty, power and persuasion, and gives guidance on how to answer typical test questions to help students prepare for their exams.

We have prepared this new edition to help students and teachers of Shakespeare. Teachers and students alike will find the text and notes helpful, and, we hope, great value.