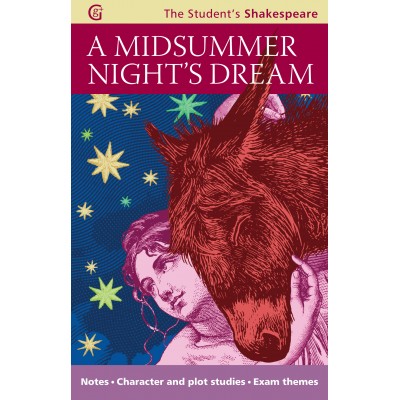 A Midsummer Night's Dream was written by William Shakespeare in the
year 1594 or 1595. It is one of a group of his early plays in which the
nature of love is the central theme.
The play combines four different stories in which love plays a large role:
the story of the mature and stable love of Theseus and Hippolyta who
are to be married; the story of the four young lovers, Lysander and
Hermia, Demetrius and Helena, and their hectic journey from physical
passion to true love; the story involving the fairies and the fickleness of
the love shared by Oberon, King of the Fairies and Titania, Queen of the
Fairies; and the story of Bottom and his clowns and their play within a
play Pyramus and Thisbe. The idea that things are not necessarily what
they seem to be is also at the heart of A Midsummer Night’s Dream, and in
the very title itself.
The main comic interest in the play lies partly in the series of humorous
situations which grow out of the use of a magic flower by Oberon and
Puck, and partly in the absurd attempts of Bottom and his companions
to prepare their play and present it before Theseus. There is much that
is entertaining in A Midsummer Night’s Dream: the music and dancing; the
costumes and scenery; the mingling of fairies and clowns, of mythical
heroes and inconstant lovers.