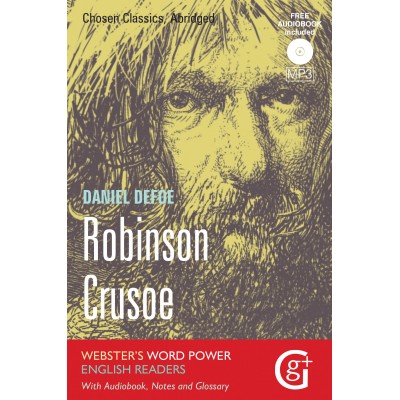 Daniel Defoe's Robinson Crusoe is the story of a young man who embarks upon adventures at sea but, after a shipwreck, he becomes stranded on a desert island in the Caribbean for 28 years. Defoe’s novel was published in 1719 but was set in the 1680s at the time of naval exploration, and the beginnings of slavery.

When it was first published, many people believed that Crusoe was a real person and that the story was true. The story, told in a journalistic way because of the way he narrates his life and records all the facts, is about how a human can survive alone when hardship comes. It is also a story of how a man can create his own reality out of a wilderness on a desert island. Robinson Crusoe is an important figure in literature, and his name is synonymous with a man living alone, and surviving, on a desert island.

Crusoe salvages some supplies from the wrecked ship but soon becomes very self-sufficient. As the days go by, he builds a fort and a small area for animals. He gathers fruit, grows crops, keeps goats, hunts, and protects his ‘castle’. In his diaries, he records his progress.

After more than 20 years on the island, Crusoe encounters cannibals, which represent the first human contact he’s had since being shipwrecked. He finds a footprint, which he runs away from, but then rescues a man he calls Friday from the cannibals. Friday becomes his servant.

By the end of the 19th century, no book in English literary history had enjoyed more editions, spin-offs and translations than Robinson Crusoe, with more than 700 alternative versions.

This edition of Daniel Defoe's Robinson Crusoe contains a retold novel, an introduction, notes on the author, notes on background and context, notes on its themes, a glossary, and a free CD (running time 2 hours). The CD is read slowly and clearly to aid comprehension. It is suitable for students, schools, ELT and ESOL.

Daniel Defoe (1660–1731) was a very versatile writer and during his lifetime he produced many books, political and religious pamphlets, and journals on various topics. In 1719, he wrote his first novel Robinson Crusoe, and its sequel, The Farther Adventures of Robinson Crusoe. Six more followed, the last being Roxana in 1724.