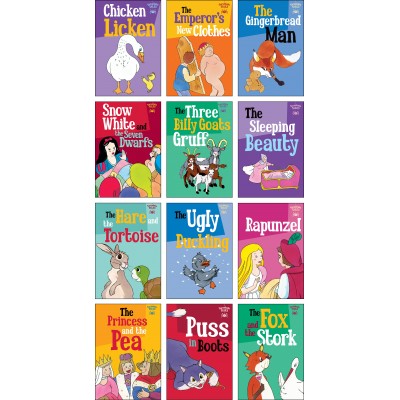 When a poor craftsman tries to get some vegetables from a nearby garden for his pregnant wife, he breaks into a nearby garden, but is caught by a wicked witch. The witch allows him to keep the food, in exchange for his baby when it is born. The witch appears when the baby is born, and takes the baby who is named Rapunzel, which means ‘rampion’ in German, after a wildflower that can be eaten. The witch keeps Rapunzel as she grows up locked in a tower and calls to Rapunzel to let down her long, golden hair so that she might climb the hair like a rope. One day a passing prince hears Rapunzel singing, and is attracted to her. He watches the tower, and sees how the witch climbs Rapunzel’s hair. He also climbs the tower, and brings Rapunzel silk so she might make a ladder to escape. But one day Rapunzel makes a mistake and calls to the prince when it is really the witch climbing her hair, and the witch is furious about the secret visits. She lies in wait in the tower for the prince. When he arrives, the witch throws the prince onto the thorns below, and he is blinded. Later, the witch is so angry, Rapunzel is banished to the woods and land where the prince is wandering. By chance, Rapunzel finds the prince and her tears fall on the prince’s eyes, and his sight is restored. The pair return to the prince’s land – where… You need to read the book to find out the ending.

The Brothers Grimm first recorded this German story, but it has more parts. There is also a very old version of a similar story from Persia from the sixth century.