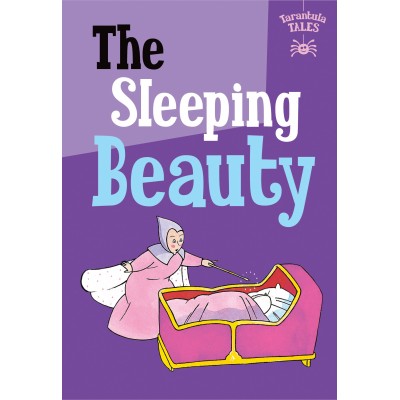 Once upon a time in a land far away lived a king and queen who had a baby princess. They invited twelve good fairies to come to the christening, and they would help with magic gifts such as beauty and kindness for the baby. But a thirteenth fairy that had been forgotten for years, also showed up. She brought bad wishes and said that when the baby was sixteen, she would prick her finger on the spindle of a spinning wheel and die. The twelfth fairy stepped forward and gave her gift, which was to change the bad fairy’s wish into the princess sleeping for 100 years, instead of dying. On her sixteenth birthday, the princess slipped away and in the castle found an old woman spinning, and sure enough, the princess approached, pricked her finger, and fell into a deep sleep. The twelfth good fairy was there too, and cast a spell on everyone in the castle and put them to sleep for as long as the princess slept. And after many years, so it happened that a prince appeared, and cut down the brambles and thorns, and went into the castle where he found the sleeping servants, and princess. And then? You have to read the book to read the ending. The Sleeping Beauty is based on a very old fable, and takes many forms. The Brothers Grimm recorded it in writing, and the story has been adapted for poems, music, songs, films, plays, novels and ballet.